The Hamburg Short Film Festival commissioned Dustin Grella to be the festival’s first ever artist in residence.  With the help of Dusty Studio they created the festival’s trailer and placed Animation Hotline Hotspots around various festival locations.  The festival then provided a shipping container that was used as a temporary studio to create five new animations live at the festival headquarters. Festival attendees could leave a message on the hotspot, then if their message was chosen, could watch the message animated live.  The animations were then combined with the festival trailer so that each day throughout the course of the festival the movie-goers could watch a new trailer.  Elementary school students participated in a hands on workshop and university students were given a master class in animation.

Check out an interview with Dustin and other hotspots below. 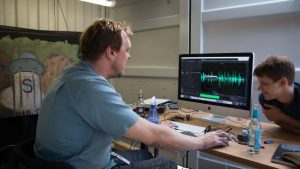 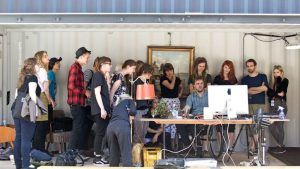 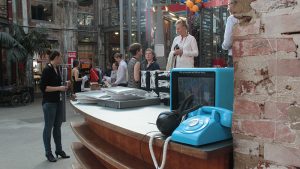 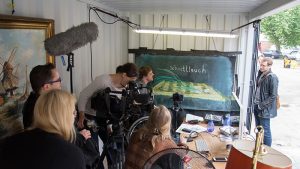 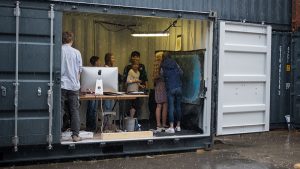 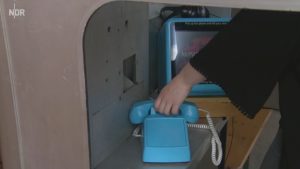